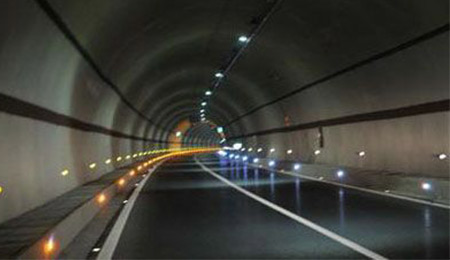 Zurqui tunnel, also known as the "death tunnel", is one of the most dangerous roads in all of costa rica. On this winding, narrow and dark mountain road, serious and fatal accidents frequently occur to many
drivers.

Each LED cat eyes is installed on the basis of the road, producing a smooth effect. Solar cat eyes to
illuminate roadways without a power grid. Each LED cat eyes contains its own solar collector and LED
light, plus a microprocessor that manages power so that two hours of sunshine gives them enough power to illuminate for whole night. The result is road visibility up to a kilometer ahead -ten times further than headlights can reach reflectors, even in bad weather. They come in both raised and flush styles with a variety of colors. This technology, in use in Europe for years.

So far, feedback from Tunnel Zurqui's road lighting project has been very positive and successful. Now, many drivers who drive on this dangerous road at night are happy with the long-range visibility provided by the solar cat eyes, which help warn and alert drivers of impending dangers on the road ahead. Guide and protect the driver safely during driving.