The motorway cat's eye is a reflective road stud used for road markings and the first series of raised pavement markers are designed by Percy Shaw. Mr. Yorkshireman Shaw is an inventor and businessman who founded his own company in 1935 to make his invention. The idea came to him when his life was saved as he was driving on a dark road in Yorkshire,  and the headlights of his car picked out a cat sitting on the wall.

Out of the cruel fear of animals, the motorway "cat's eye" sign will be renamed-because tourists are obviously named after the English invention. 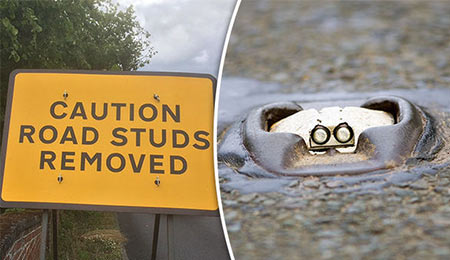 After tourists expressed concern about the "cat's eyes removed" sign, the city council has changed the name of the road sign, which is intended to guide the driver in the dark. After tourists thought cruel animal behavior had become standard practice in the UK, Suffolk County Council decided to take action. Nowadays, motorway "cats eyes" signs have been replaced by warning signs of "road studs" in front, and signs of "cat's eyes" are now extinct in Suffolk.

The American Frances Knobel said she was shocked to see the "cat's eye" sign while on vacation in Suffolk. She said: "I don't know-I had to stop the car and go back to see if I read the sign correctly." It doesn't make any sense. It is abominable that the poor domestic animals have been so terribly abused. "The locals explained that the British called the name reflective road studs for headlights." 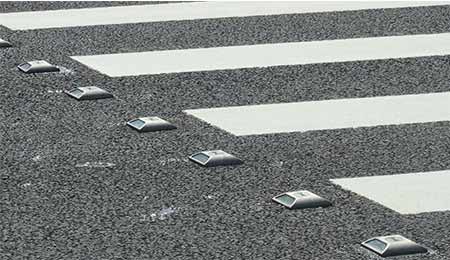 Rebecca Brewer, a mother from Ipswich, said her daughter thinks people are torturing cats. She said: "I have a five-year-old daughter who was upset when she saw the sign for the first time-she really thought cruel people were torturing cats." I have to explain to her what it means-and our pet cats are safe. "

But local county MP Christopher Hudson said the move would only lead to more confusion. He added: "I can understand why the change was made, but for me, it will increase the confusion." This seems to be a strange thing. Some tourists may now know that there is no cruelty to animals, but do people living in the UK know what road studs are? "