Percy Shaw discovered the road reflection stud (the so-called cat's eye) in England in the 1930s. His inspiration came from the image of the car lights reflected in the cat's eye. The first set of cat's eyes consists of 4 glass balls (2 on each side) installed in a cast iron housing. Further modifications have produced the two most commonly used products: reflective elements and light emitters, so-called active solar LED cat eyes. 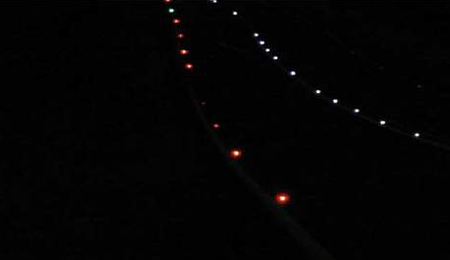 Solar led road marker mainly used to remind drivers to ensure safe driving, especially in rainy days or dark nights. Sometimes these solar road markers are flooded by rain and cannot complete the work. In addition to the LED lights, some solar led road marker are designed with a reflector on top. Since the height is usually about 2 cm, the driver can still see the reflector even if rainwater accumulates on the road. In addition, solar road marker also play an important role by warning the driver to stay cool by causing a bumpy effect on the driver when the vehicle passes by. 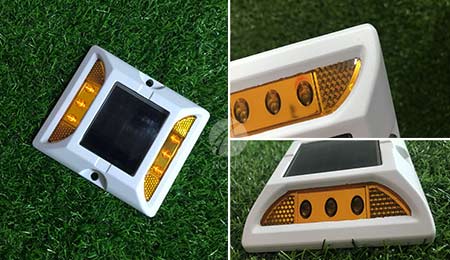