In the past, roads were not marked, but to be on the safe side, more and more roads are now marked with paint lines and some form of raised pavement markers. You might call them cat eyes or road studs - when you drive at night, they reflect back the light from the vehicle's headlights, allowing you to see the road tracks in the distance. Let's take a look at the road raised pavement markers! 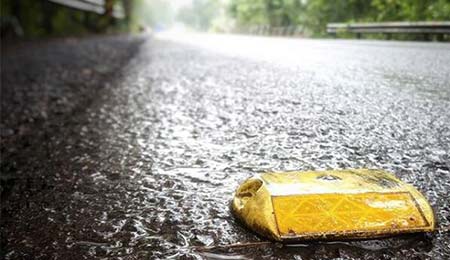 The smooth surface features scratch resistance and anti-tire marking, which can be used to display vehicle lane markings during the day rather than at night. These raised pavement markers have been eliminated because of the danger of moving them. They have been replaced by paint, and some road marking lines now have reflective functions.

These reflective raised pavement marker reflect light to you as you drive. They can be reflective on one or both sides (for example, on a highway, it doesn't make sense to make both sides reflective, but it's important for centerline markers to make both sides reflective). The raised pavement marker contains a glass sphere or corner and is placed in a durable acrylic or plastic case. The base is flat and is glued to the road with hot glue. They are used to supplement road markings and are especially useful when in wet or foggy weather.

There are also illuminated raised pavement markers (IRPM), which have their own light source but are expensive to install and maintain and are only really useful where street lighting is ineffective or where drivers pay particular attention to difficult or dangerous areas. 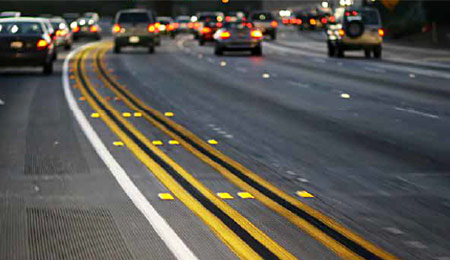 When resurfacing, temporary raised pavement markers are required to outline the road until the path or road markings can be drawn on the new surface.They're made of high-strength plastic that can withstand traffic, so they don't break, and you'll see them in white or yellow, with lane lines or dividers marked. They are designed to last for weeks.