The Solar Powered Cats Eyes In The Future 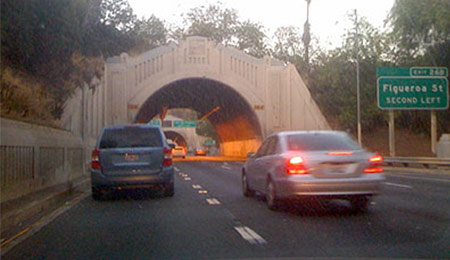 In the future, some solar powered cats eyes will enter the Los Angeles Freeway in the form of "smart" solar cats eyes, which can measure road conditions and traffic flow and open and close highway lanes accordingly.

A "dynamic lane" system was piloted on California's 110 Freeway, and the traffic retreated in a tunnel leading to Interstate 5 North at the one-lane connector. During peak hours, the "smart" solar powered cats eyes will light up and automatically open the second connector channel on 110 to lighten long lines.

These devices convert magnetic energy into electrical energy, or inductive power transmission, which enables them to operate independently of fixed cable systems. Energy is transferred by a central cable that emits a magnetic field, but the solar cats eyes do not need to be fixed by wires to use electricity. The logical extension of this technology is a lane-based system that can charge the battery while the vehicle is driving, or a street light system that responds dynamically to vehicle speed.

The solar powered cats eyes will have embedded sensors that can transmit information at frequencies widely used in aircraft monitoring systems. Data on traffic flow and road and weather conditions will be sent to the control center, which relays the information to electronic solar cats eyes to remind drivers of lane changes. Initially, solar powered cats eyes can be run at fixed points for a period of time. Later, once the driver gets used to it, it will work automatically during peak traffic times.