Night travel is an essential part of the world on which we live, but due to decreased visibility, traveling in the dark can be dangerous. People found some advantages in the invention of driving solar led road marker at night. The led road studs emit LED lights and are powered by small solar panels. The new solar road marker technology has appeared on 120 roads in the UK. Since the installation of equipment, night accidents have been reduced by 70%. Surprisingly, the solar led road marker provides the driver with a 900-meter field of view, extending the reaction time to more than 30 seconds. The reaction time using standard reflective road markers is only 3.2 seconds. 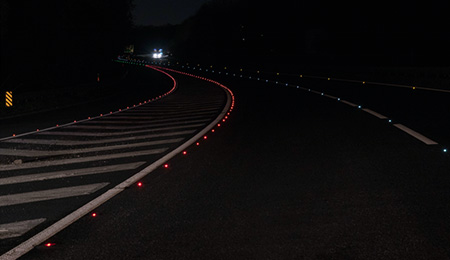 The main benefits of solar led road marker :
-Proven to reduce night accidents by more than 70% .
-The entire cycle cost is lower than traditional road studs.
-Visibility of drivers is ten times that of traditional reflective road studs.
-Visible fog, rain or surface spray in bad weather.
-Highlight elbows, road inclination and other hazards.
-When used in combination with the street light reduction scheme, led road stud can effectively improve the driver's safety.

Compared with the cost and trauma of fatal road accidents, the price of any road stud becomes negligible. According to the latest annual statistics of the British Department of Transport, on average, there are more than 8 fatal accidents each day, each of which has caused the UK to lose 1.69 million pounds. Although only one-third of all journeys occur at night, almost half of all serious or fatal accidents occur during dark hours. 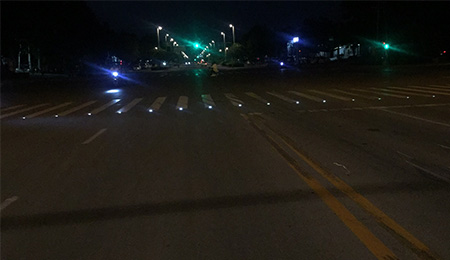 Thousands of people are killed each night on the road at night. Compared with a substantial savings in insurance claims, any increase in price compared to reflective road studs will be a sum of money. The government requires the use of billions of dollars of safety equipment in our cars and trucks. Both car manufacturers and customers pay for this kind of safety equipment in the name of safety. If the solar led road marker have almost achieved their claimed effect, the government that merged them can effectively reduce the possibility that many car safety functions are no longer needed.