DATE:2019-07-01
Read:
SHARE:
Project location: New Zealand
Product model: LED Road Studs NK-RS-A7
Installation time: 2017
We all know that LED Road Studs is a road traffic safety product. Most of them are used for large intersections of passenger traffic or crossroads with complicated traffic, but are they only limited to urban roads or highways? Our New Zealand customer gave a smart answer, and the LED road studs were used on pillars outside their villa. 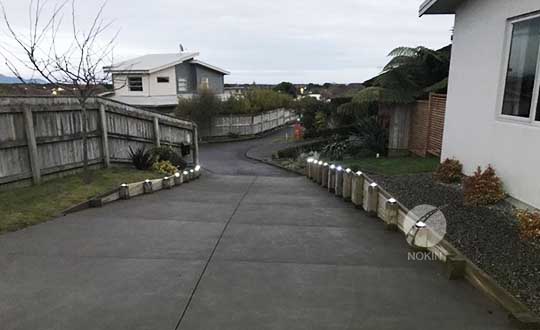 The Glass LED Road Studs produced by NOKIN, the upper case is made of tempered glass with high compression resistance, and receives the incident light source in any direction, and the reflection effect is consistent within 360°. Strong surface hardness, wear resistance; waterproof grade IP68.Road studs in New Zealand which were installed around the villa solves the problem of no street lights, because the LED road studs are powered by solar energy and do not require large-scale wiring, which is very convenient to install and use. 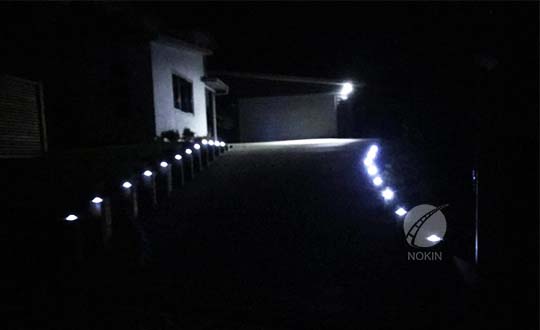 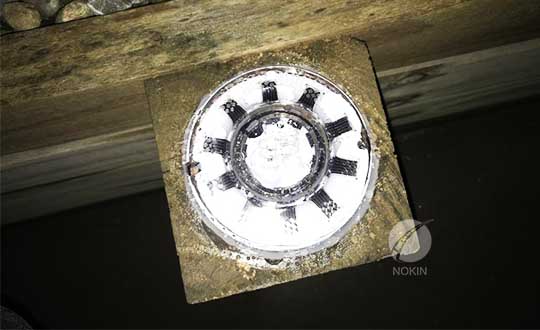 Glass road studs are widely used in various road safety facilities due to their advantages of high efficiency, safety and energy saving.
Reflective without dead ends. After the rainy day is overwhelmed by the anti-cursor line, the reflective effect of glass road studs is maintained, and in the case of low visibility in foggy days, the reflective effect can still be maintained.
Back
NOKIN solar road stud NK-RS-A1 in Kuwait 2019-07-01
Yellow Aluminium Solar Road Studs in Kuwait City Road 2019-10-10