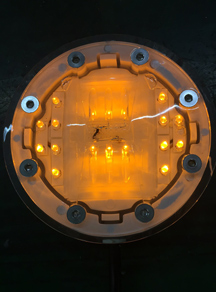 With the advancement of science and technology, the production technology of solar road studs is also constantly developing.
Compared with earlier solar products, solar road studs have made great breakthroughs in light emission mode, product form,
function and performance.

Because "flickering lights are considered more eye-catching," most of the solar road studs in the industry was flashing. Later,
relevant scientific and technological personnel discovered that the flashing light would make the driver feel restless and
uncomfortable. Therefore, the solar powered road studs produced by various manufacturers are basically always constant bright
road studs. This kind of solar road stud is installed on the highway. In the dark night, it is like a night pearl inlaid on both sides of the road, which can guide the driver's sight and give people infinite beauty.

The traditional solar road stud self-contained system independently completes photoelectric conversion, energy storage, and LED blinking. However, due to the solar panels, circuits, and batteries inside the solar studs, it is difficult to meet the requirements of the relevant technical standards of the Ministry of Transport, and the battery cannot be replaced, and the solar studs have a limited life. Active solar road studs are solar panels and batteries in each solar stud. The control circuits are centralized and integrated into a control box. The effective control distance of a control system can reach 500 meters. Solar studs only retain the LED lampshade and a simple voltage stabilization circuit, only for display purposes. In this way, the interior of the solar studs is very simple, and the compressive value can be made very high. Some compressive values of solar road studs on the market can reach or exceed 40 tons. 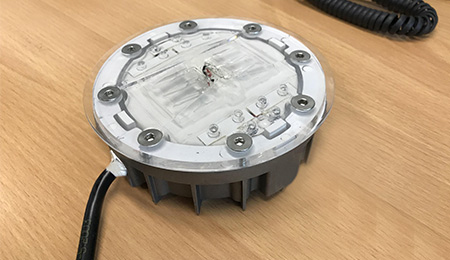 There are advantages and disadvantages. Although the active solar road studs have excellent performance, they need to be grooved, buried, and potted on the road surface during installation. The project is the largest and requires high project quality.