Road reflective elements (so-called cats eyes) were discovered in the 30ties of the 20th century in Great Britain by Percy Shaw who had been inspired by an image of the vehicle lamps reflected in cats eyes. The first sets of cats eyes consisted of 4 glass spheres (2 on each side), mounted in a cast-iron housing. Further modifications resulted in 2 most commonly used products: reflective elements and light emitters, the so-called active solar cats eyes. 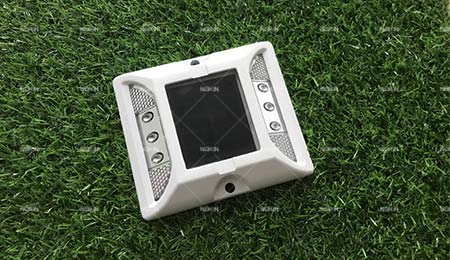 Solar powered Cats Eyes is a low cost, stand-alone, solar-rechargeable LED lighting marker. They can be used to reduce speed and alert the driver to dangerous and dangerous corners on our roads. Solar cats eyes are not a replacement of Reflective Raised Pavement Markers (RRPM) and can be used as new high-tech alert devices. 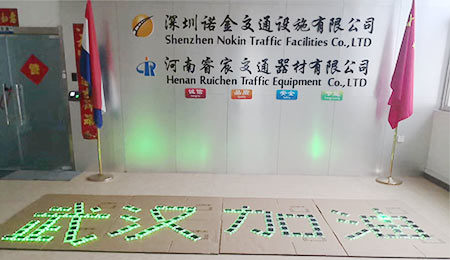 The solar powered cats eyes from China supplier NOKIN Traffic have following features:
1.High shock resistance, energy saving and environmental protection.
2.Work starts automatically at night or when the weather is bad.
3.These solar powered cats eyes are naturally charged in the sun.
4.The LED light will automatically light up every night when it starts to dim.
5.Cost-effective, easy to install and requires absolutely no wiring or maintenance.
6.Dramatically improve the look of your garden / yard / lane.
7.Designed with road safety in mind, it can help prevent serious accidents and emit light instead of reflecting it.
8.Just charge a few hours in the sun and run for more than 24 hours.
9.The visible distance is more than 800 meters, and there is enough time to respond to the road ahead