Something you need to know when buy solar LED cat eye on road,here are the tips!

1.The Pressure Resistance Value Is Unqualified

If the cat eyes on road have problems with the pressure resistance, and the products are either crushed or separated up and down. This is actually caused by unreasonable structure, and the main performance of the structure is unreasonable.

2. The Inner Of Solar LED Cat Eyes Is Hollow, Hollow Does Not Resist Pressure.

The internal hollow hazard is also manifested on the LED lampshade, which is destroyed by the hollow, and then the LED itself is destroyed. 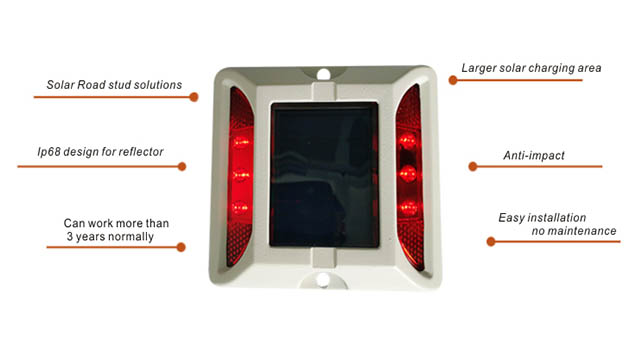 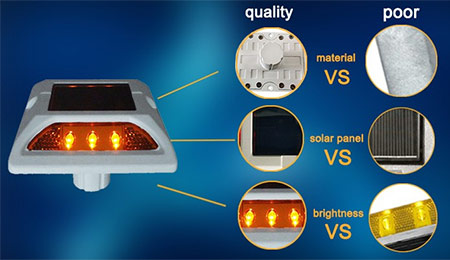 The countries that first made the solar road studs into active and passive light were Japanese and Korean companies. Their requirement for solar LED cat eyes is that if the cat eyes on road are not working for various reasons, they can also be compensated by the way of reflective function. Reflective film identification method: put the solar LED cat eyes 10 meters away, hold a small flashlight in your hand, place the flashlight between the two eyes, and the light will illuminate the surface of the product to observe whether it is reflective.
All of those are frequently problem with solar LED cat eyes,hope will help you when you need them and prepare to buy solar cat eyes,also can contact us to get our quote,thank you!