A survey of drivers who use smart solar road studs in a segment shows that the vast majority of pilots want to be in the following picture on all of the UK undefineds roads. According to the survey,91 percent of the respondents said the visibility of the road was improved, with 77 percent feeling more secure at night. 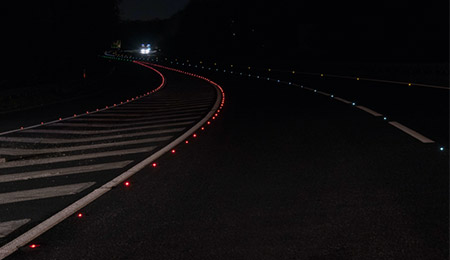 Following the installation of smart solar road studs in a range of 36 miles (10 km). This section of the road is replaced by the traditional retro-reflective road stud. And high-visibility lane markings and high friction surfaces are used to minimize the risk of slipping. More than 700 drivers living in the vicinity of the project have completed an improved survey, of which 87 percent of the respondents are now "reasonable" or "complete"-safe to the use of road with smart solar road studs , compared to only 28 percent before.

According to experts, the "From the industry point of view, it has been confirmed that the plan has been successful in the last yearundefineds Highways Awards. But it is important to remember that the ultimate meaning is the opinion of the end-user (driver), as each road improvement programme is delivered for their benefit. These results are collected from drivers who live within 20 miles from the upgrade and use this route on a regular basis. Such overwhelming positive feedback has shown the initiative and effectiveness of such a partnership project--road studs are installed in highways." 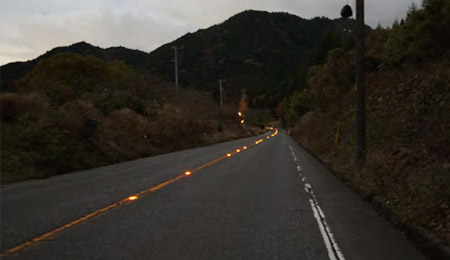