From highways to bike lanes, Nokin has now installed more than 50000 smart solar road studs around the world. Thanks to the installation of 500 solar road studs on South Africa highways, NK-RS-A6-1 has become a star product in South Africa. In addition, in Brazil private airport and the streets of South Korea, you can also see our solar road stud. These roads, as well as many other roads, have now benefited from this intelligent, safe, sustainable product that provides guidance to drivers by enhancing contours on dark nights. 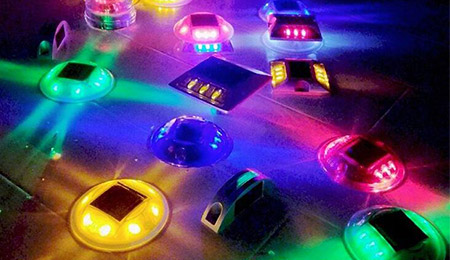 Nokin Traffic provides a series of smart solar road studs to meet a variety of needs. Whether embedded  products or raised installation solar road studs, they have been praised by foreign customers. Unlike traditional road stud or cat eyes that rely on the reflection of car headlights on the small reflector of cat eyes, solar road stud use LED to proactively project light to drivers. This provides a stronger and more effective visual outline of the road. As the name implies, solar road studs are solar-powered, so they can be recharged by natural light.

It is particularly dangerous driving in night, with more than five people dying every day in the UK, while  1/3 of trips take place on dark nights, which accounts for almost half of deaths or serious injuries. Smart solar road studs are mainly used to reduce the possibility of accidents at known black spots,(especially in rural areas where up to 70 per cent of the reduction has been achieved).Solar road studs are becoming more and more familiar because of the additional safety benefits in areas where there is no street lighting. 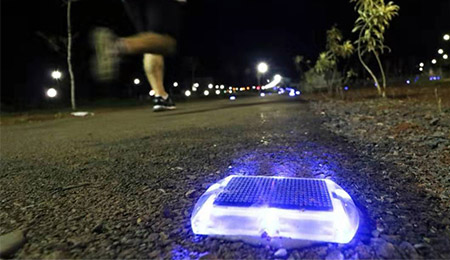 Nokin's ultra-thin solar road studs have a flat outline of 11 mm to ensure that they do not disturb
the wheels of the bike and make it an ideal choice for the bike lane. They have been installed in
many bikelanes in the United States and other countries, as well as in many wharf bridges in the
UnitedStates and in parks in Brazil.

With the growing growth and development of Nokin Traffic, we are pleased that our customersrecognize the obvious security benefits associated with the use of smart solar road studs.
Our commitment to the safety of road users and cyclists, and the selling of more than 50,000 smart
solar road studs, will encourage us to continue to grow while overtaking this important milestone.