Safety fence is one of the important means to reduce and prevent serious road traffic accidents.

The United States has developed a series of new safety barriers: 208 liters of metal barrels, plastic barrels containing sand; And safety bars filled with water in plastic grids. The deformation of the plastic plate and the movement of water in the lattice absorb the impact energy. In France, guide grooves are built along safety barriers to prevent rollouts. Out of control the car first a wheel fell into the slot, in the body and safety grid friction and the front bridge friction on the road stone, slow braking until the car stopped completely.
In Japan, it has been suggested that a more novel safety grid structure should be equipped with warning signals about road traffic hazards to prevent a series of subsequent crashes. 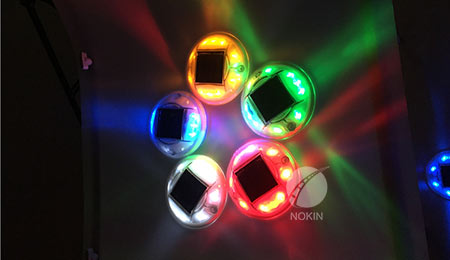 Driving at night will be more safer. A new generation of smart reflective cat eyes have been put into
use in the UK, which will allow drivers to see ten times farther away and alert them to dangerous road conditions.

The smart cat eyes can also provide road information to traffic police control centers through communication networks that control existing electronic warning signals. The smart cat eyes road stud have been tested in the UK, Australia and France and are scheduled to be installed in accident-prone areas of the UK early next year.