History and Function of the Reflective Cat's Eye

British inventor Percy shaw created many gadgets, but he is most widely recognized for his contribution to road safety: the cat's eye. In 1934, he developed the reflective cat's eye to help drivers follow the road in darkness or fog. His inspiration came from how car headlights reflect off road signs. Eventually, cat's eye reflector was caught on British roads and made mandatory, before this, reflective paint was widely used to mark media and shoulders. 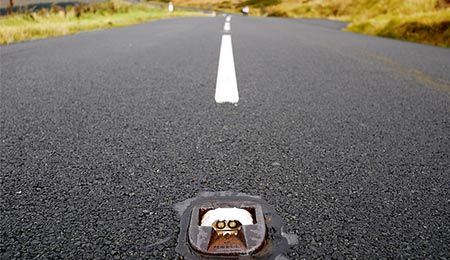 One of the most valuable devices in driving safety over the past century has been the reflective cat's eye -- yet most people don't even know what it is or its name. If you drive through the country, along a dark country road, you will see occasional flashes of light from the middle. If you've examined these devices up close, you'll realize that they're not light projectors -- they're light reflectors. They are called reflective cat eyes.

How do they work, how are they created?

The device is glass encased in rubber and metal to accurately reflect light from the car's headlights back to the driver. Cat's eye reflector provide most  effective night guidance even under the most adverse weather conditions. reflective cat's eye are available in different sizes to delineate both the  carriage way at the center and at the edges of roads. These are available in aluminum as well as in rigid ABS plastic. The special material composition enables the studs to bear severe impacts. 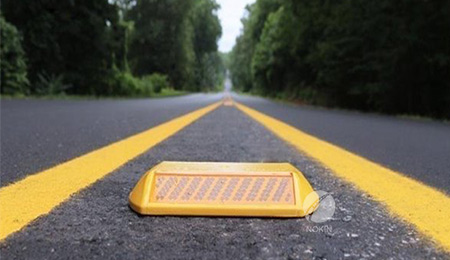 Over time, cat's eye reflector were simplified and processed into rubber blocks with durable glass. Today, reflective cat eyes are becoming more and more high-tech. They have gradually been replaced by solar-powered LED versions that are 10 times more powerful than reflective cat eyes and can run on a single charge for several days. These high-tech alternatives are thought to be three times as long and cost three times as much. Perhaps this means less frequent road construction?