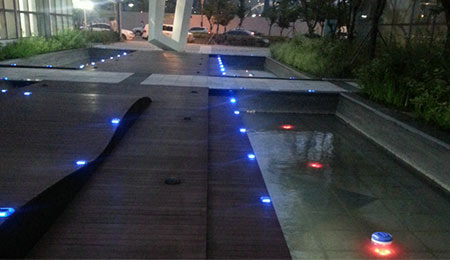 The compound annual growth rate of the global road stud and contour line market is expected to reach 5.47% during 2018-2022.

Solar road studs emit the least scattered light, which makes them visible in sunny weather more than 900 meters away. Therefore, drivers have more time to respond than traditional studs. Therefore, the development of solar powered road studs will be a key trend to drive growth of road studs and depict the market over the next five years.

It is reported that one of the main drivers of solar raod stud market is reported to be the increased incidence of traffic accidents due to a lack of infrastructure and proper road safety equipment. A study conducted by the International Transport Forum (ITF) in 2015 estimated that 1.3 to 1.5 million people worldwide die each year from traffic accidents.

A recent report released by the organization shows that the United States has the largest number of road accidents, followed by Japan, India, Germany, South Korea and China. This has prompted governments to introduce road safety measures and invest heavily in road safety equipment such as traffic cones, profilometers, road studs, roadblocks and tunnel dredges to drive growth in the solar road stud markets.