Reflective road stud are safety devices used on roads. These devices are typically made of plastic, ceramic, thermoplastic coatings, glass or metal and come in a variety of shapes and colors. Raised reflective marks, such as plastic, ceramic, metal markings, including lenses or sheets, can improve visibility by retroreflecting the headlights of the car, while glass road studs concentrate the headlights of the car into a dome shape and the internal reflective layer reflects light. 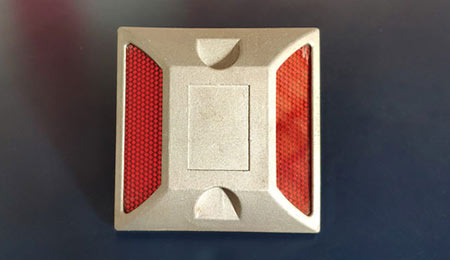 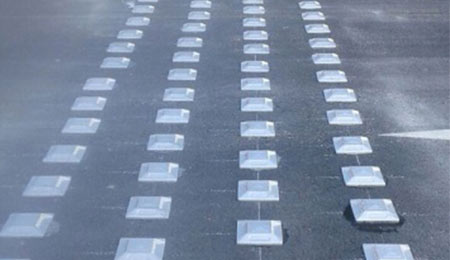 In addition, reflective road studs have other functions: if they are densely mounted on a road, they can act as a convex line and slow down. However, only all-aluminum reflective road studs have this characteristic, which has a high compressive strength and is usually used for double amber lines. Many countries in the Middle East tend to replace the convex line with an aluminum road stud, because to draw a convex line, you must purchase an expensive shock absorbing marking machine, in addition, it requires a lot of labor and time. On the contrary, road studs are not only cheaper than convex lines, but also relatively easy to install. Therefore, when the amount of engineering is not large, the use of road studs instead of convex lines has a high cost performance. However, the service life of the road  stud is much smaller than that of the convex line, so the overall situation needs to be considered when selecting between the road stud and the convex line.