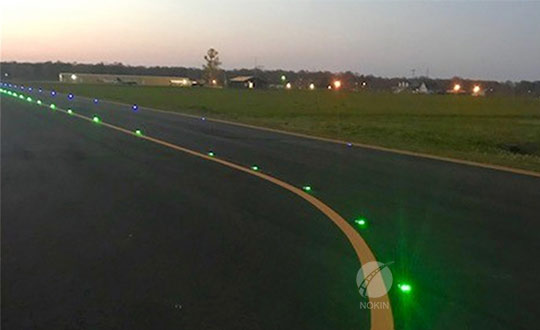 The Dutch transport ministry commented: "the system works well. We believe that drivers can easily determine when to open additional lanes, which is a very effective traffic management system. Solar road stud on motorway have been shown to provide good guidance in the dark. Compared with the passive reflection system, the visible distance of the system is much larger than that of the passive reflection system, which has a very positive impact on reaction time and driver comfort. The number of incidents has been recorded."

The department for transport is still evaluating the road stud lights for future use on roads in England, but smart road stud technology is currently being tested on Scotland's busiest motorway, the M8 between Glasgow and Edinburgh. Smart led road studs have been installed at 3km of Scotland's busiest motorway and are linked to speed data collection to provide feedback to road users approaching danger.

The chosen test site is located at junction 6 of the westbound section of the M8, a busy and foggy section of the motorway used by an average of 51,000 vehicles a day. In case of bad weather, emergency or traffic jam, the control unit will automatically relay the command to the corresponding smart road stud. The led road studs then flash to provide danger warnings to approaching vehicles. The system performs smart queue tracking so that only any slow-moving or fixed-flow studs upstream are activated.