What Are Solar LED Cats Eyes 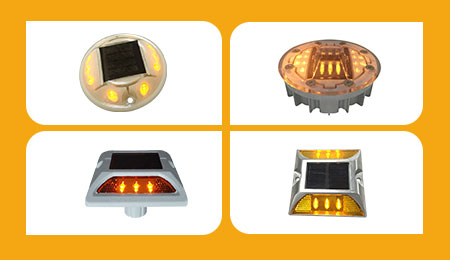 Solar LED cats eyes are luminous solar cell-powered LED lighting devices used in road construction to delineate the edges and centerlines of roads. Embedded on the road, this is an improvement over the traditional "cat's eye". Compared with traditional reflective road studs, solar cats eyes have the following advantages:
1. It can provide the driver with a response time of more than 32 seconds, while the traditional reflection device has only about 3 seconds.
2. Under favorable conditions, the high brightness of LEDs makes them easy to see at a distance of 800 meters.
3. Long service life and maintenance-free.

As people's living standards improve, more and more cars are entering cities. In order to reduce the incidence of traffic accidents and better protect the safety of pedestrians and drivers, LED cats eyes have become an important part of our daily lives. Solar LED cats eyes also play a key role on our way home. The solar road stud screw cam can be directly fixed on the road with screws, or it can be installed with glue. It absorbs sunlight during the day and emits light at night or rain to warn drivers.