Do Solar Pavement Studs Is A Effective Alternative To Street Lights ?

Road traffic accidents have a huge impact on society in terms of casualties, suffering and suffering, and cause huge losses to the economy, individuals and their families. South Africa's roads have the highest accident rate in the world, with annual losses in the country of about $ 163 million. More than 500,000 accidents and 10,000 deaths occur every year, and the number of accidents continues to increase. But solar pavement studs have taken the lead to reduce the increase in accidents and have adopted measures designed to affect the rate of killings and serious injuries (KSI). 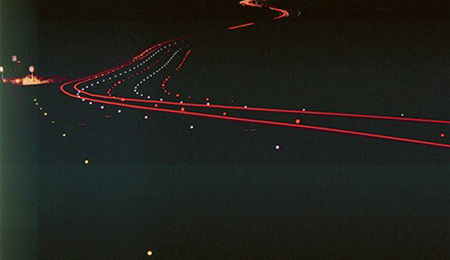 DPS has partnered with the KwaZulu-Natal Provincial Government in Fort Peter Maris to target the number of high-profile “red spots” in the province. These unlit roads are notorious for sharp turns, and some are steep. All these factors contribute to poor visibility, which is considered to be the main cause of accidents, with 65% of them occurring at night.

The deployed solar studs improve the driver's field of view by 900m, which is 10 times larger than traditional reflective studs. Using an integrated light-emitting diode (LED) light source, the solar studs will automatically light up when ambient light is reduced, thereby greatly improving the visibility of the road ahead. A visible distance of 90m at 100km / h (62mph) means that the response time is only 3.2 seconds, which is not enough to correctly judge some road dangers, such as the radius of a curve. As the visibility of solar pavement studs increases, the reaction time increases to more than 30 seconds, giving the driver an important extra time to react to this situation. The solar studs only need a few hours of daylight to provide the battery with up to 10 days of energy supply.

In this case, the solar stud can also provide a cost-effective and simple alternative to street lighting. Street lighting incurs huge installation costs and infrastructure requirements, and generates ongoing energy costs through permanent power sources, while the use of solar products provides an independent, maintenance-free option.