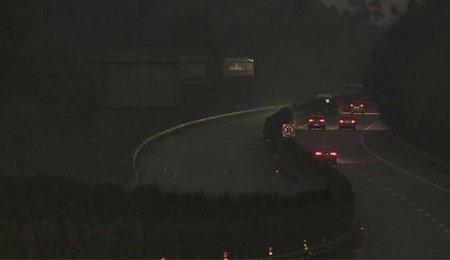 Solar LED road stud etheric sunlight for energy, charging in day and be used in the night, with energy saving, environmental protection and other characteristics. It blinks at night with a certain frequency, and the dynamic warning function is very strong. Active luminescence can not only avoid the interference of rain and fog to the greatest extent, but also get rid of the dependence on car lights, which can be seen from a longer distance and have a better effect. LED road stud can guide the driver to run normally according to the lane and effectively reduce the risk of accidents.

As the Spring Festival approaches, the traffic flow on expressways will increase greatly, and the hidden dangers of driving at night will increase. This time, 2000 solar LED road stud will be added to the frequent accident areas such as curves, long slopes and road crossings, which will further improve road safety and reduce traffic accidents.