The number of safe drivers on two main coastal roads in Britain's channel islands has more than doubled after solar cat eyes were installed to improve visibility. 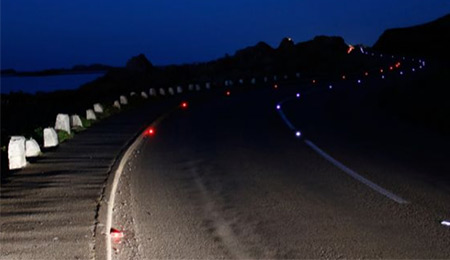 According to a road user survey, only 46% of night drivers feel safe driving on the Lader Road/Roquean route on
Guernsey. There are few or no boundaries between the two country roads. Drivers were worried about driving on
narrow coastal roads in dark, and solar cat eyes were installed on both routes. After installing the LED cat eyes,
79% of the drivers using this route felt safe to drive along this road in dark, and the number more than doubled
to 92%.

"Feedback from the motoring public has been very positive, with many suggesting that solar cat eyes should be
installed on more sites," the source said. "Given the challenges and topography of the area, installing main-power
lighting is impractical and atheistic, while traditional retro-reflective studs do not improve short-sighted fields. LED
cat eyes proved to be the most cost-effective and influential solution for customers and road users. "We are
considering other sites and are considering replacing the existing reflective studs with new solar cat eyes."

Unlike traditional reflective stugs, or "cat eyes," which rely on a headlight beam that can be seen from 90 meters away, solar cat eyes actively emit light through a solar LED that can be seen up to 800 meters away. This provides a better profile for all road users, including pedestrians and cyclists. LED cat eyes last up to 10 years, five times as long as reflective studs, thus reducing the need for regular maintenance and replacement. The use of sustainable solar energy also eliminates the need for mains power and roadside equipment.