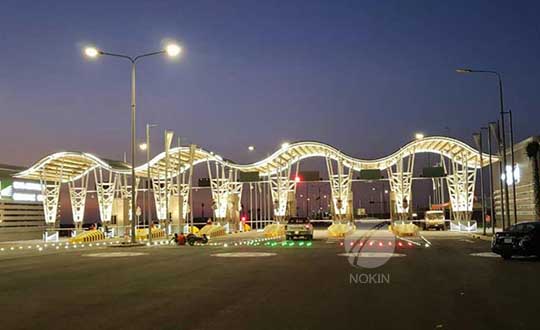 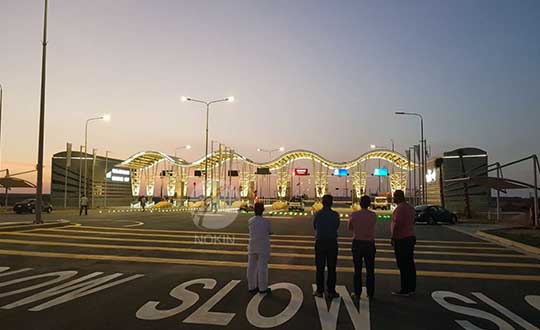 Solar motorway studs on highways installed in highway entrance and exitis generally used to remind drivers to avoidance in advance by flashing synchronously, guide direction in rainy and foggy weather or in times of low visibility and etc. Compared with the reflective road stud, it has the advantages of active luminous, flashing warning and so on, Compared with the ordinary solar road studs, it has the advantages of preventing dizziness,warning in clear and orderly and so on. 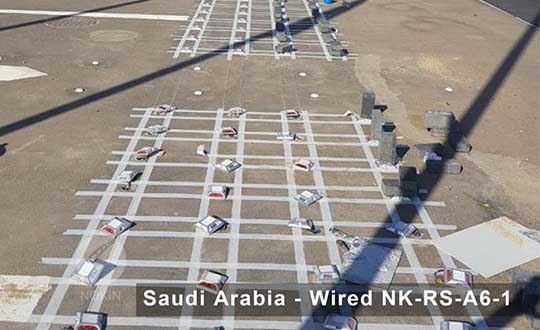 Our Saudi Arabia choose the wired type,there is no solar panel in the studs,the power requires supply by wire. The advantage of this kind of solar motorway studs is that the brightness of the light is relatively stable, because they are powered by wires with a stable voltage, and will not be affected by changes in voltage caused by changes in battery power. The disadvantage is that it is difficult to install and requires slotting to bury the wires.
Back
Back to list
South Africa Customer Installing Solar Motorway Studs on Expressway 2019-08-20